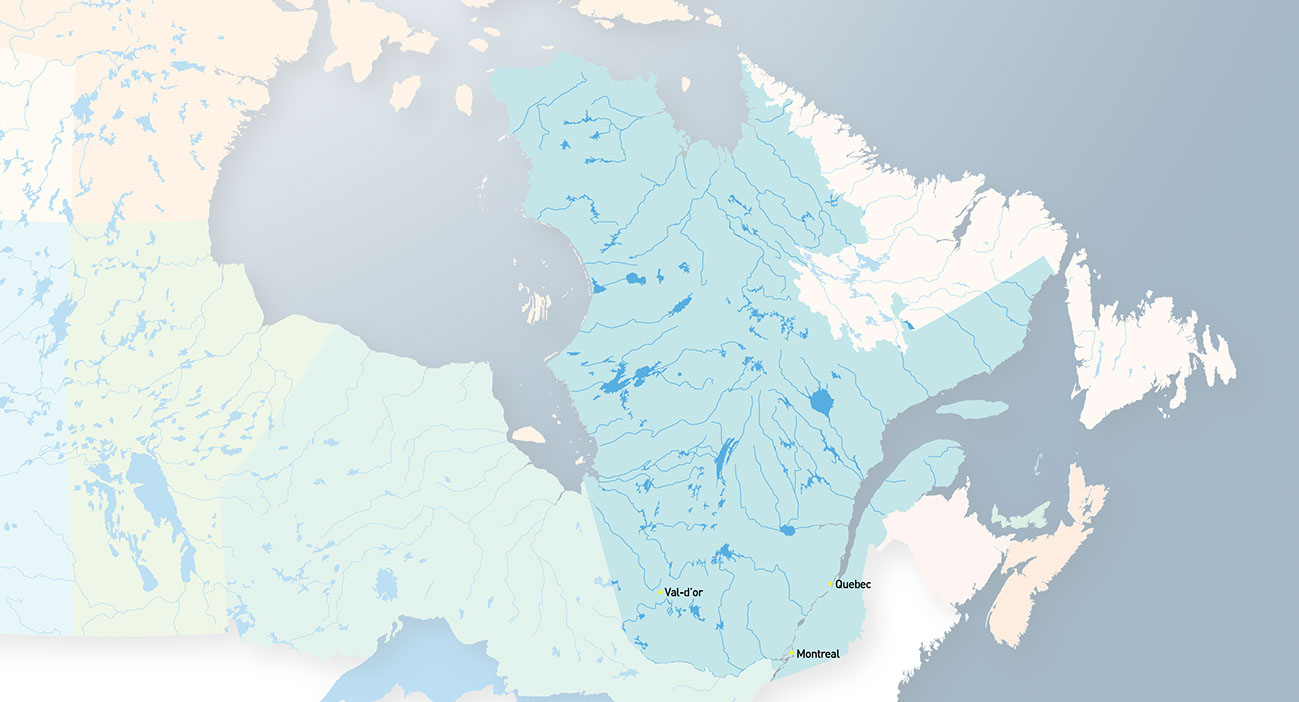 Quebec is Canada’s largest province as well as a French speaking one. It was one of the first four original provinces that formed Canada on July 1, 1867. The capital, Quebec City, was the first settlement in Canada and it is Quebec’s second largest city following Montreal. Until Ottawa was chosen Quebec City served as Canada’s capitol.

Today it is a hot spot for tourists due to its European feel, history, culture and the many festivals. Quebec has Canada’s most important windmill parks, which is one of the largest in the world. It also has the worlds largest electric wiring network, if connected end to end they could span the earth three times at the equator.

Not  a pee break this time, but rather a detour to keep us from sleeping Trois-Rivières is the halfway mark between Montreal and Quebec. Situated along the busy St Lawrence the town is rich in culture resembling that of the early Europeans.

The highest waterfall in Quebec and situated only 12 km from the heart of Old Quebec Montmorency Falls is a very wild, but yet cultivated waterfall. Bridges, staircases and even a gondola will allow you to make a full loop around the roaring water with the silhouettes of Quebec City often visible in the background.

One of two moose that we have seen so far in Canada and we are not very sure if this counts. This guy was leaning against the side of this old house along the Gaspé Peninsula and when approached the owner said be careful he is very old and fragile.

Very different from the eastern side of the Gaspé Peninsula where the villages were much more oriented on  fishing as opposed to the western where they were much more industrialized. Probably due to the fact that the west borders the very busy St Lawrence.

A flight over paradise; I couldn't help, but stare out of my window at the many meandering rivers, lakes and small cities as we flew over Northern Quebec from Iqaluit. I continuously took pictures with the hopes of coming home and figuring out where we should drive in autumn.

Being the most populous city in Quebec and the second largest in Canada, Montreal used to be the commercial capital of Canada until the 1970s. Today Montreal remains an important cultural center as well as one of three North American cities to home the United Nations. In 1976 Montreal was home to the  only summer Olympics ever hosted in Canada and it also remains the host for the Formula One Canadian Grand Prix.

Founded in 1608 by Samuel de Champlain, Quebec City is one of the oldest cities in North America, the ramparts surrounding Old Quebec are the only ones of their kind north of Mexico. The city is rich in culture and architecture mostly resembling that of Europe, clearly seen in the Château Frontenac which dominates the cities skyline. Quebec is always full of life from morning until night as the residence and tourists enjoy dancing, plays, and music right on the streets.

Home to such wonders like the iconic Percé Rock and Bonaventure Island, Percé is largely a touristic destination. The land around town is continuously being shaped by the ocean and at times frigged winters all eroding away at the iconic rock, which at one pint contained two arches. Five kilometers  away Bonaventure Island is home to one of the largest gannets nesting grounds with around 47,800 pairs.

Not really what we planned for the Gaspé  coastline, but equally as fascinating. At first we hoped to capture images of Forillon National Park's iconic cliffs in the sunset, but we were quickly stopped by the appearance of a moose and then the beautiful Phare de Cap-des-Rosiers.

Because of this we ended up missing the sunset, but on the flip side the mists from an earlier storm started rising from the ground creating a very dramatic night.